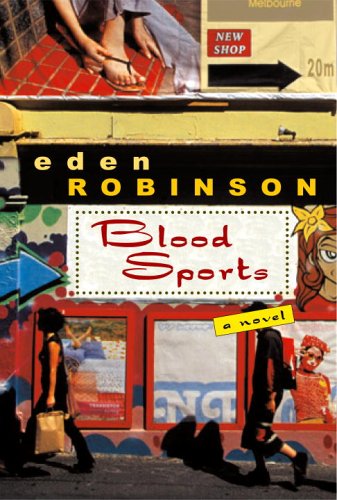 
Summary
Tom, a young man, hardly innocent, has been caught up over the years in Jeremy’s world of drugs, extortion, and prostitutes, while Jeremy, vindictive, vicious, either protects Tom or uses him, but always controls him. Added to the mix is Paulie, a junkie two years clean and Tom’s girlfriend, and also the mother of his daughter. This lethal triangle shifts when word gets out Tom has been talking to the police, and men from the past who have a lot to lose reappear. Suddenly Tom and Paulie are pawns in a much larger game, with everything at stake.

Thoughts and Reactions
I have to be honest, crime thrillers aren't my usual genre. I have a weak stomach, what can I say. No matter how well written a novel is I'll find myself skipping over parts of it I find too gruesome; it's the same reason I don't watch horror movies. I generally stick to contemporary for a reason. That having been said, every once in awhile I find myself picking up a crime novel, a novel that describes itself as gritty, and giving it a shot. I have yet to fall in love with one of these books, Blood Sports included.

Blood Sports fits squarely into its genre. It takes place on the Downtown East Side of Vancouver; one of the poorest areas of North America. Tom is living with his girlfriend and daughter in a small apartment, trying to leave his past behind, but it starts to catch up with him. He is kidnapped, tortured; it is all brutally described in detail. It may be a work of fiction, but none of it is entirely out of the realm of possible, making it that much more difficult to read.

Robinson's prose suits the genre and helps set a dark, dank and downright creepy tone throughout the novel. It is direct, never shying away from the more unsavoury details of whatever a character is going through, whether it be a drug overdose or torture. It is brutal and fitting. An interesting stylistic choice that I found to be quite effective was the way the story jumped around in time. It was jarring and on occasion it took me awhile to figure out where in time we were, but it added to the story's overall chaos and confusion. We are normally seeing the story through Tom's eyes and he is often unsure of what is happening; the jumps through time help  bring that confusion to the reader.

The characterizations are brilliant and while I felt for Tom and his girlfriend Paulie; I could also clearly see how they ended up in the situation they were in. They made many poor choices, compounded by bad luck. That's not to say that I didn't want them to come out ahead in the end as they were complex characters who were clearly trying to build a better life, but it was also easy for me to see why that was so difficult for them. Jeremy Reiger, Tom's sociopathic cousin is one of the most disturbing, unfeeling characters I have come across in literature and not somebody I want to revisit anytime soon; I can only assume that was Robinson's goal while writing him into this novel and that she was successful at it.

I didn't love Blood Sports, but I didn't expect to. I found it to be more than a little unsettling and I do think that that's a sign of a successful thriller/murder mystery. I put down the book and felt so creeped out; there really was no reprieve to the tension. I think Robison wrote an excellent crime novel and I love that it was set in a Canadian city. It may not have been the book for me and I won't be picking up another thriller in the near future, but I would definitely recommend it to somebody who liked the genre and maybe, just maybe, has stronger nerves than me.
Posted by Ashley at 12:00 AM